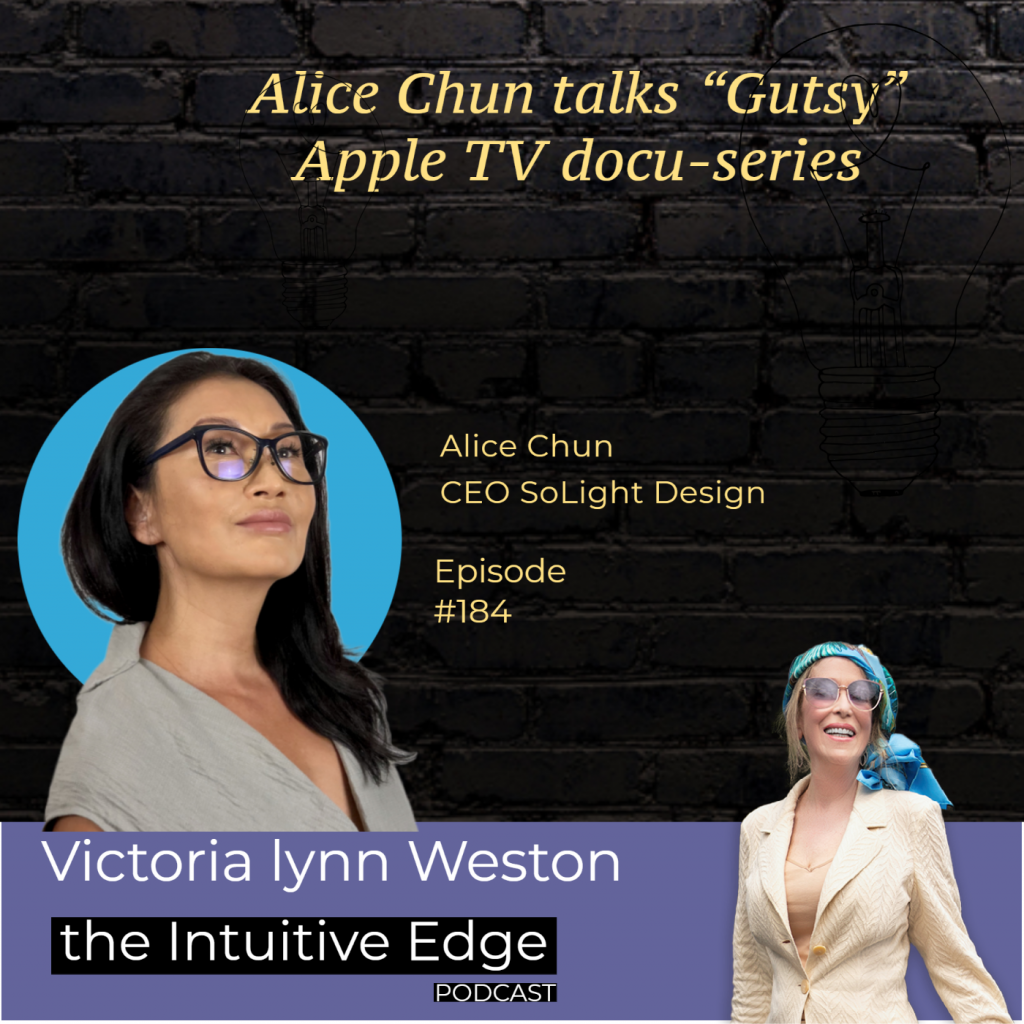 
The Intuitive Edge Podcast – Episode #184.  Host, Victoria lynn Weston talks with the “Gutsy Women” guest star, Alice Chun, Inventor and former Columbia professor, female tech founder of Solight Design and SEEUS95 Inc. joins us to talk about her feature in Hillary Clinton’s Book “The Book of Gutsy Women” as one of the trailblazing women in the eight-part series. (37:00)

It all started after witnessing a mother and her family at the end of an alley that was covered in smoke. In the middle of the alley, there was a jug full of kerosene with a big, thick rope coming out of the jug that they had lit with fire. Alice knew she had to do something as she thought about the children breathing in the extremely harmful chemicals and toxins in the smoke each day. “It’s way more than about an object or product, it’s about creating change,” said Alice Chun. “It made me realize that health, the environment, and poverty were inextricably linked in a profound way, and that one simple solution like the SolarPuff™ could tackle all three.

As a little girl growing up in Seoul, Korea and then upstate New York, Alice spent many days learning how a simple fold can become structured. Origami forms were taught to her by her mother, who also taught Alice how to sew her own clothes. Always creative, fascinated by design, structure and forms, Alice studied architecture at Penn State where she obtained her undergraduate degree and went on to earn her Masters in Architecture at the University of Pennsylvania. With emerging trends in material technology resulting in smarter, lighter, faster, sustainable fabrication, Alice started to sew solar panels to fabric as early experiments for harnessing solar energy with softer, malleable material. She became focused on solar technology and finding ways to create clean energy solutions upon learning her son Quinn was diagnosed with asthma. While teaching as a Professor in Architecture and Material Technology at Columbia University, Alice created early prototypes of solar lights with her students. Fueled by her passion for helping the underserved, Alice invented the world’s only self-inflatable, portable origami solar light, eliminating the need for a mouth nozzle. This ensured a healthy, sanitary method to inflate. Alice named this invention the SolarPuff™ and conducted three years of field testing in Haiti. In 2015 she launched Solight Design and initiated a KickStarter program with unprecedented results. She went on to win numerous awards including the USPTO Patents for Humanitarian Winner and her products have been exhibited at MOMA, the Modern Museum of Art in New York City. Alice will be featured in the eight-part series, ‘Gutsy Women’, highlighting herself as an inventor and former Columbia professor, female tech founder of Solight Design and SEEUS95 Inc., author, and TedX speaker.