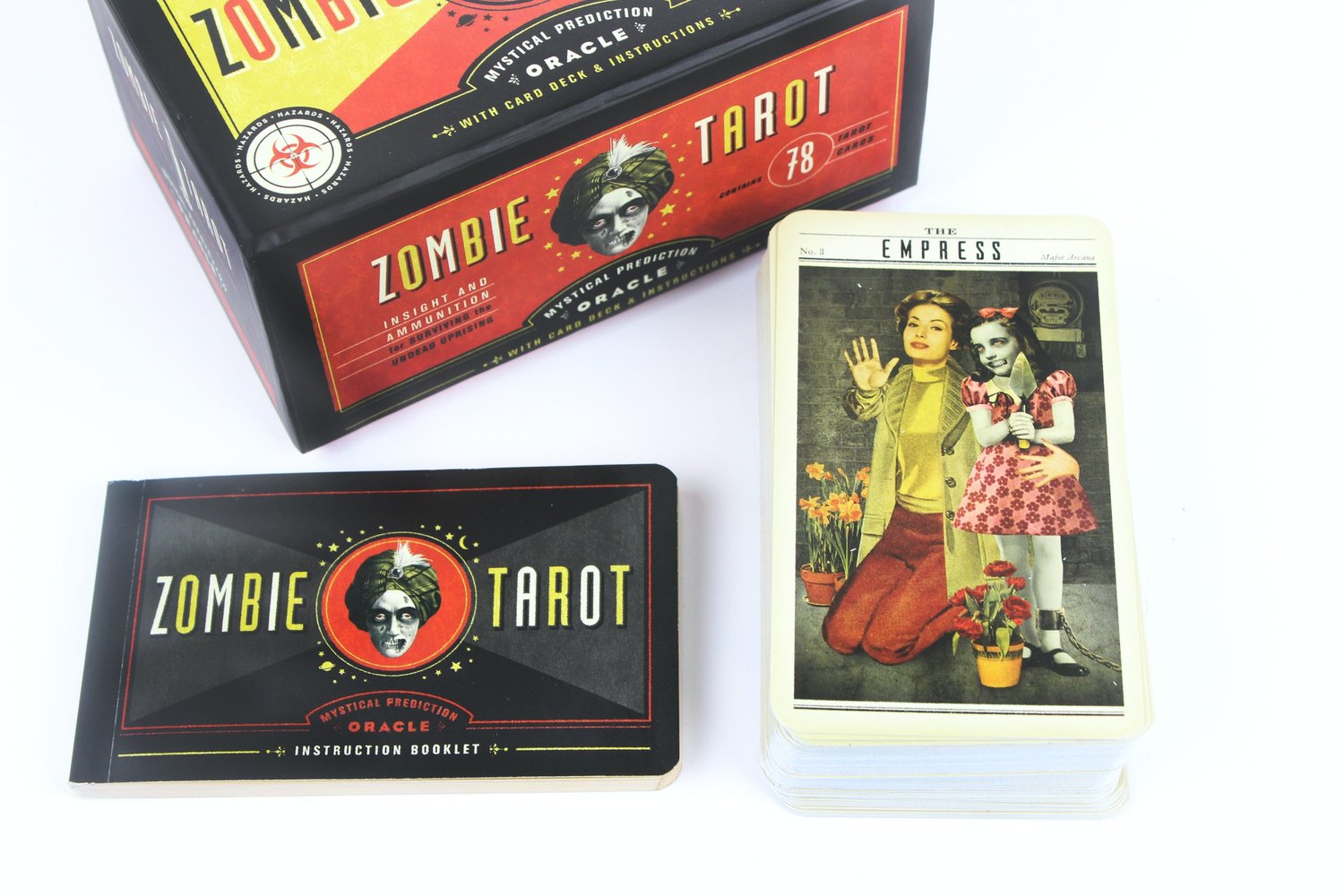 Okay, simmer down now. While I believe that any object can have bad juju tied to it, not just tarot cards – it doesn’t mean you have to be scared shitless specifically about buying used tarot decks.

The dude in the Ikea factory putting your Billy bookcase pieces into the box could very well be a demon. Yet, there he is, touching and shoving all of your bookcase pieces angrily and with bad intent into the box. Yet, people have no problem assuming that there’s never any bad juju with that.

Making assumptions isn’t good and can lead you to live a life where you’re afraid to buy or do anything because you fear el diablo is right around the corner. If you live in that state of fear, I can tell you that you are a prime candidate for el diablo to “get ya” anyway.

I can tell you that I have bought decks and didn’t jive with them – there was no el diablo communication going on. So I sold them.

You can find gently used tarot decks for sale for a fraction of the original price.

Rare/Out of Print Decks for Collectors

When a deck goes out of print or has a limited print run, you can pick up that deck when you wouldn’t otherwise have the opportunity.

They May Already Be Broken In

I don’t know about you, but I tend to like my things already with a defect of sorts. So I don’t have to feel heartbroken that I was the one that bent a card when shuffling with a new sticky deck.

A seller may not fully show or disclose the condition of the cards.

We see that happen when we buy decks online for new decks, too. As a result, it’s sometimes tough to describe how we like our cards.

Thicker card stock, but not too thick, with a slight lined finish and a touch of velvety smooth. I mean, that description alone would mean different things to different people.

Cards May Be Missing

Again this is a seller knowing what they are selling. However, sometimes a person finds the deck thrifting, puts it up for sale, and doesn’t know how many cards the deck is supposed to have.

There are many fake decks out there, so you might want to take an extra close look at the deck you’re interested in. Your first clue is that the card box has a QR code on it. But, I suggest that you research the signs of a fake deck.

That’s not a slight. I like brand new shit, too. The smell of a brand new car is like no other – same for new decks. You might love opening the plastic wrapper and whiffing the new deck smell. A used deck will have some scent (even if it’s not bad) that isn’t brand-spankin’ new.

Should You Buy Use Tarot Cards?

Up to you, just like anything you do in your spiritual practice. Don’t let myths or other people’s preferences influence you.

Etsy (affiliate link) is a good place to look for used vintage tarot decks. When you look for used tarot decks, you’ll find a bunch of brand new decks that have been aged to look old but aren’t actually old.

eBay is another option when you search for “pre-owned tarot deck” or “vintage tarot deck,” where you can find those out-of-print decks or decks with no boxes, too.

Mercari has been a new favorite for me to find affordable decks. Poshmark and Depop also have used tarot decks for sale.

Goodwill is a spot for used tarot decks that I always forget about. They don’t always have decks for sale, but occasionally, you’ll find some.

Facebook has the Tarot Marketplace group, and even though I hate Facebook, it’s a good place to find deals on used tarot decks. Or you can search Facebook Marketplace, too.

nference launches real-world data platform, expands Mayo Clinic partnership
Are you kidding me? 3 Crazy Claims about Coaching
Here’s How to Become an Anesthesiologist (Professional Guide)
6 Types Of Illegal Interview Questions To Watch Out For
Executives: The Biggest Misconception About Your Job