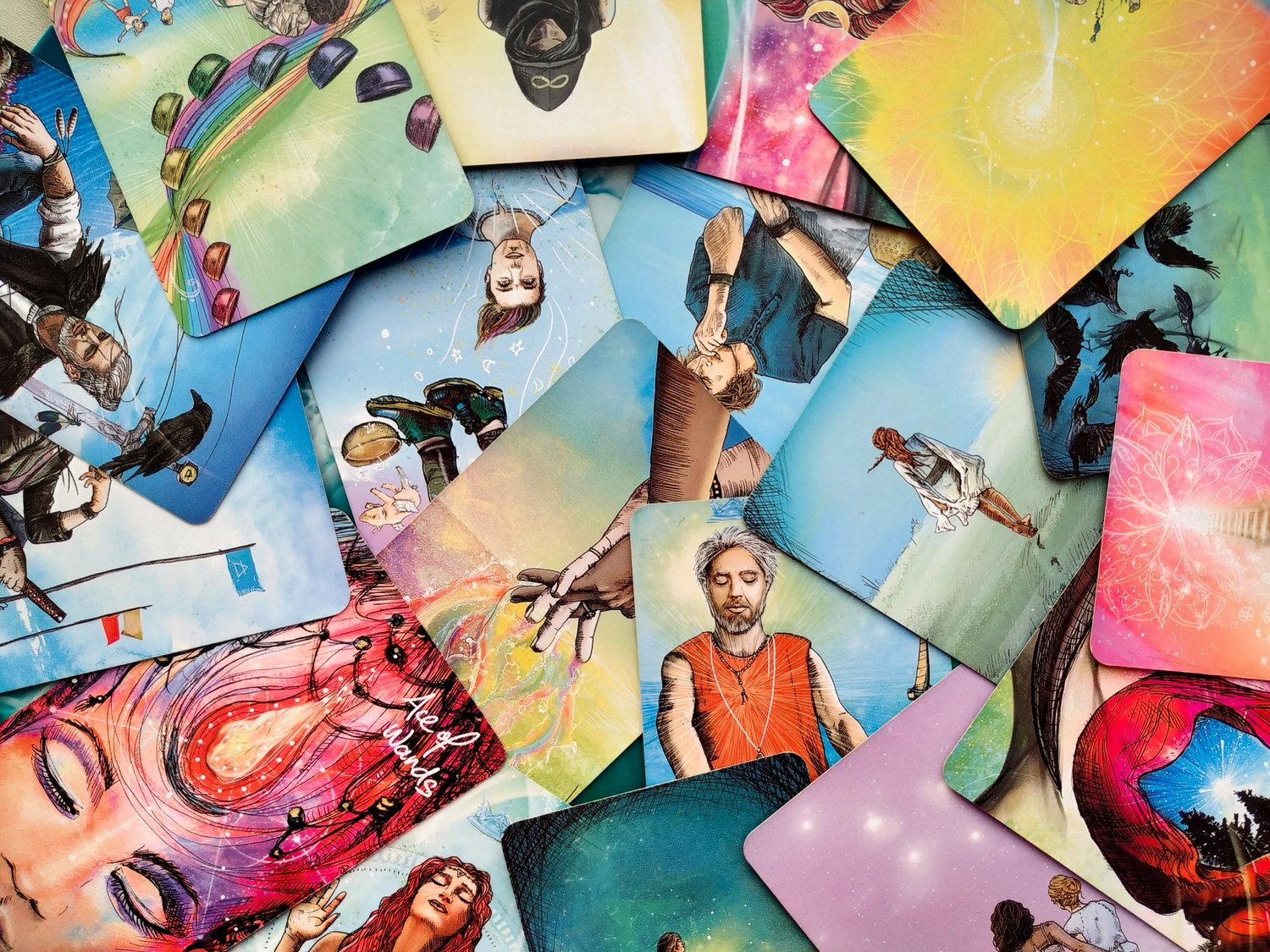 “I don’t read reversals, and if you want to read them, make your own YouTube channel.”

That’s what I say when I am doing a reading for my channel, and I feel there’s gonna be at least one in the comments telling me that if I had only read the reversal, I would’ve received so much more meaning.

Yeah, I know I sound kind of pissy, but it’s also kind of shitty to tell someone how to do their tarot readings. It makes the assumption about how I get my intuitive information and that it isn’t enough to allow my intuition to guide me… that I HAVE TO HAVE the reversal in my reading to get the same information.

Everyone’s intuition works differently, and I find it rude for someone to assume that mine must work how they deem it should.

Some people like to read tarot straight… Card A means this, Card B means this, and Card C means this, so THIS is the information you seek from the combination of cards A, B, and C.

They Stop My Intuitive Downloads

One of the reasons that I started reading tarot is because I use it as a foundation for my readings. I pull cards, do some intuitive calculations of the general meaning of the cards on the table and then tune into what I can pull from the great beyond.

This means that, at times during my reading, I’m either hearing, seeing or feeling things that others are not experiencing when watching my readings.

So, I don’t want to stop my intuition right in its tracks by trying to remember a reversed meaning for a card.

There are 78 cards in a tarot deck, meaning there are at least 78 meanings. I say at least because as you continue reading tarot, you develop new meanings for yourself.

So to also add in an additional 78 meanings to memorize then means there is a total of at least 156 meanings to remember. And those would continue to evolve over time. But, some insist you don’t need to memorize another 78 meanings, only the upright meaning, then interpret the reverse meaning as lesser energy (or one of the ideas below).

I think tarot is an intuitive language, and the reversals make everything more confusing and don’t add anymore information for me.

What Do Reversed Tarot Cards Mean?

This is where you hop into another cauldron of confusion because a reversed meaning of a tarot card is not the same as what another reader may find.

A reversed tarot card can mean:

There are so many interpretations of a reversed card, and more than one of these can exist for a reader of any one card in reverse.

Do you have to read reversals in tarot?

No, you don’t have to read tarot reversals if you don’t want to. Maybe you want to read reversals with one deck, not another; you can do that, too.

When you’re reading, you can get the shadow side of a card if it falls into a certain position on your tarot spread without it having to be in reverse. Or the other cards around your card that could be seen as a typically positive card would provide context there without the reversal.

Tarot isn’t an exact science, and it isn’t necessary to listen to others about how they think you should read the cards.

If You Want To Read Reversals, Here’s An Easy Way To Get Started

Take the upright meaning of your card and add “No/Not” to its reversed meaning or whatever the opposite is.

Or you can buy a beginner’s tarot deck with the meanings printed on it for both upright and reversed (or do that yourself by writing meanings for both on your own deck).

For me and many others, tarot is a tool that enhances our intuitive gifts and is not meant to be an exact science.

And please, don’t tell someone that they are doing their tarot readings incorrectly because, like anything else, we do things in our own ways and if it’s not hurting someone else, then let them be. You do you.

How to Delegate Work to Your Employees (6 Crucial Steps)
Amazon Care to add mental health services
Interview Question: Tell Me About Yourself (2022 Guide)
Do blue light glasses work? | Health Beat
How to Know When It’s Time for Change