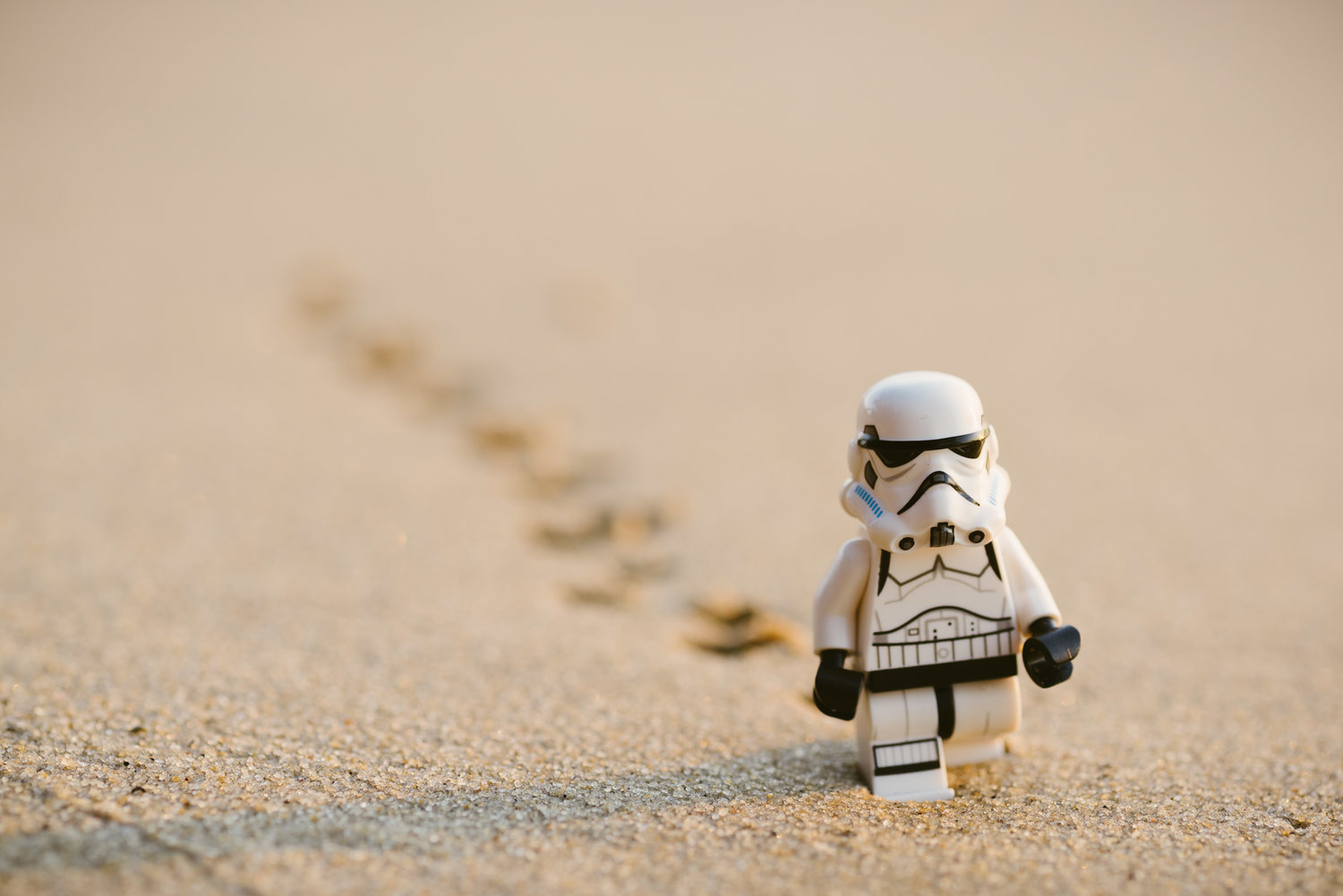 So the final episode of the trilogy of Star Wars trilogies has been released. It seems that the reviews are more entertaining than the film itself, as many long time fans (and some of the actors) are saddened that the latest films had relatively little in common with the original trilogy. Or even with George Lucas’ vision.

Some have pointed out that these films actually highlight just how good the original Star Wars films were. And some others have fortunately actually enjoyed these films.

A common criticism of the film seems to be its focus on a lot of running around, a lot of battles, a lot of plot holes – and a lot of MacGuffins.

What is a “MacGuffin”? The ever helpful Wikipedia defines it as:

In fiction, a MacGuffin (sometimes McGuffin) is an object, device, or event that is necessary to the plot and the motivation of the characters, but insignificant, unimportant, or irrelevant in itself. The term was originated by Angus MacPhail for film, adopted by Alfred Hitchcock, and later extended to a similar device in fiction.

The MacGuffin technique is common in films, especially thrillers. Usually, the MacGuffin is revealed in the first act, and thereafter declines in importance. It can reappear at the climax of the story but may actually be forgotten by the end of the story. Multiple MacGuffins are sometimes derisively identified as plot coupons.

While George Lucas used R2D2 as a MacGuffin in the original Star Wars, he wanted the audience to actually care about the MacGuffin (R2D2). He did the same in his later film “Indiana Jones and the Raiders of the Lost Ark”.

Convoluted? Yes. Does the audience care? Nope. Not really.

There are two ways to look at this:

Even Disney, with billions of dollars and teams of super smart executives such as Kathleen Kennedy and genius directors, such as Rian Johnson and J. J. Abrams can mess up one of the most beloved franchises in history because they don’t have a plan and, they too, run after MacGuffins.

The result? A mess. Poor, inconsistent, screen writing. Good actors handed poorly written parts. And a lot of sadness from people who really wanted to enjoy these films and share some nice and inspiring stories with a new generation. And damage worth millions, if not billions, to a brand.

If we look at our own life as a story, how often are we actually chasing MacGuffins instead of developing our own character and growing our soul? Sure, a new car is nice, however… it is more than a MacGuffin? And what if, in order to purchase it, we force ourselves to work gruelling hours in a job we dislike? What about that new phone? What about that new “relationship”? That slice of mouth watering cake? The movie we want to see?

Sure, we can enjoy nice things – and being grateful for them is fine and healthy – but when do they become MacGuffins that detract us from what is really important in our life?

What about getting someone’s approval, be it our partner’s or our parents’? Why is that important for us? If we do not understand why, then why chase after it?

And once we get it, what changes?

Sometimes, things appear valuable because they appear unattainable. Narcissists and toxic people play with this, they are experts in creating MacGuffins to lead us on wild goose chases. “If only you do X, then I will do Y”. “I cannot do something because you did not do something else”.

Having grown up being inspired by Luke Skywalker (and still grateful to this day to Mark Hamill and George Lucas), Luke inspired me to be more courageous, to choose between light and darkness, to value friendship and to be willing to face necessary pain and suffering in order to grow. Ironically, I had forgotten much of this inspiration until I started reading reviews of The Last Jedi, as I tried to make out what felt so wrong about that film.

And, of course, Princess Leia was probably my first crush, who inspired me to want to grow up and be good enough for an amazing and inspiring woman like her.

I’m sure i’m not alone in either…

Following the archetypical heroes’ journey, Luke is longing to leave his comfort zone, yet, when given the option, he chickens out. Until the choice is taken from him. He attempts to save the Princess (without a plan) and she ends up saving him and Han Solo. He watches his mentor be killed and is powerless to save him. They then attack the Death Star and he is saved by his older friend.

A hero? Maybe. But a very, very lucky one who relied on his elders to sacrifice themselves and save him so he could unleash some potential.

In the next film, he decides to train, gains some power, becomes arrogant, faces his enemy, gets humiliated – and part of him dies when, on top of that, he learns that his worst enemy is his father.

In the final film, he is more grounded, had more modestly and yet is more confident, saves his friend, faces his enemy again, is tempted by the dark side (anger) but decides to choose mercy and love over anger and hatred, willing to die rather than give into the dark side. And he still believes there is good in his father. Note to Rian Johnson: had you remembered this “minor” detail of the character when you wrote you film, maybe it would have been coherent?

So, we have a flawed hero who is willing to suffer in order to grow and do the right thing. Luke does NOT waste his time chasing MacGuffins. He has one and wants to protect it, and then wants to grow in power to take on more responsibility.

Maybe that is an inspiration to all of us? Grow, become more responsible, be willing to pay the price, lose our fears.

And how do we know what our goal is? Maybe a start is checking whether any of our goals are MacGuffins – or actually feel important in our lives.

Our lives are short, let us not forget that. And we can decide if, when we are on our death beds, we would like to remember our lives are the original Star Wars trilogy or as the latest trilogy of “Star Wars” films: incoherent, with poorly written characters, disrespectful and, at the end of the day, pointless.

There are multiple ressources available for free on the internet about embarking on a hero’s journey. But sometimes this seems abstract. Or scary. Or just plain wishful thinking.

When I met my Cosmoenergy teachers in Kazakhstan, it felt as though I’d stumbled upon real life Russian speaking versions of Yoga and Obi Wan. I saw them work with me, and with others. I saw them “remove spirits” from people, scenes that seemed directly taken from The Exorcist. Only scarier.

I studied with them, they trained me and now I too heal, as they do. We work to rid people of doubts, blockages, reduce unnecessary suffering. And, yes, sometimes clean out spirits.

How to Set Up a Do-It-Yourself Business Retreat
Meditation app Calm lays off 20% of workforce
‘It was a wonderful year for us’ | Health Beat
How To Burn 500 Calories A Day? Follow These Activities
Eight Steps to Elevate Your Advocacy