You want a resume, cover letter, and LinkedIn profile that presents you in the best possible light. With all of the emphasis on loading your documents with keywords, accomplishments, and metrics that make the case for you being the perfect fit for the position you’re after, have you overlooked proper punctuation?

Some might wonder what the big deal is about punctuation. Surely if you start your sentences with a capital letter and end them with a period, that’s all you need to worry about, right?

The text in resumes is often so packed with information that seemingly inconsequential punctuation missteps can distort your meaning, or worse: cause the hiring manager to pause in confusion.

That pause is bad news for you: it may make the recruiter see you as a less-than-attractive candidate, questioning your ability to communicate or pay attention to details, both highly valued skills in today’s workplace.

Just as a modern spouse becomes more alluring to a partner by doing the dishes and laundry, using proper punctuation makes you downright sexy to a hiring manager.

Both efforts make lives easier for the people who are important to you, so go the extra mile by following these important rules (and do the dishes):

In addition to appearing at the beginning of sentences and in section headings, capital letters also signify important words. But using too many “important words” in your documents slows the reader down or seems pretentious.

For example, I sometimes see text like this in resumes: “Expertise in Human Resources, Training, and Recruiting”

Other than proper names like your own name or the names of products, you will rarely need to capitalize words that don’t appear at the beginning of a line or sentence. You’ll also want to capitalize your own job title above each position listed on your resume.

However, if you reference someone else’s job title in your career documents, the general rule is that it is only capitalized when the person’s name follows (Vice President Joe Smith)—not when merely referring to the position (as in “reporting to the vice president”).

Of course, every rule tends to have its exceptions, and there are a few for capitalization. However, these are good to start with.

Use hyphens for compound adjectives that precede a noun, such as “client-focused approach” or “full-time employees.” And if you have two adjectives that modify the same base word, use a hyphen after the first, as in “mid- and senior-level management.”

Do not use a hyphen in a compound adjective if the first word ends in -ly, as in “highly qualified candidate.” 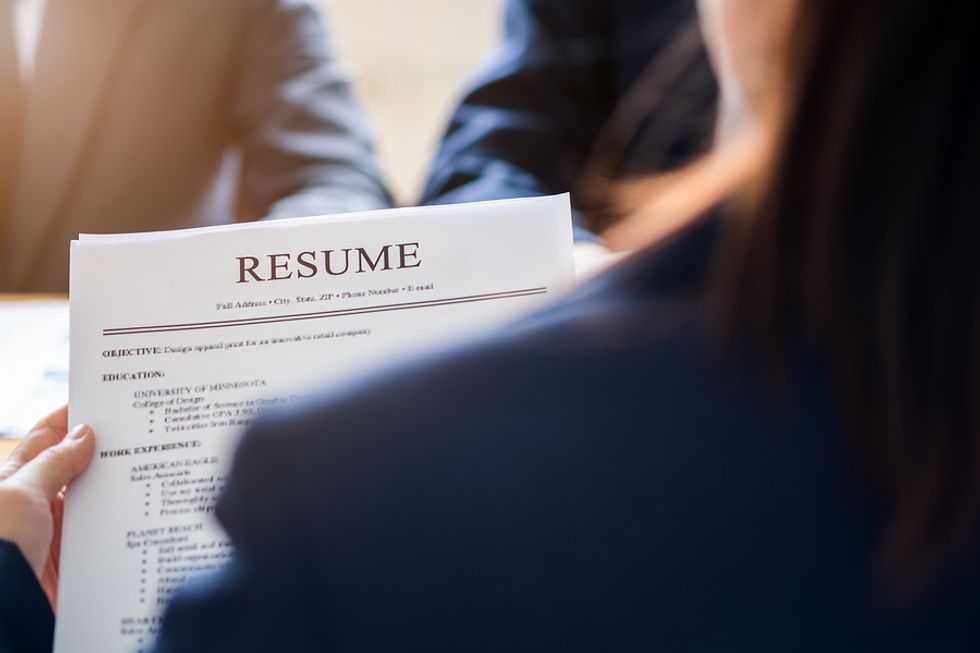 Semicolons can either separate two independent clauses when the second clause is not directly related to the first, or they can be useful when you want to list items that already include a comma.

For example, “Proficient in software including Microsoft Excel, Word, and PowerPoint; CorelDRAW; and Adobe Photoshop.” 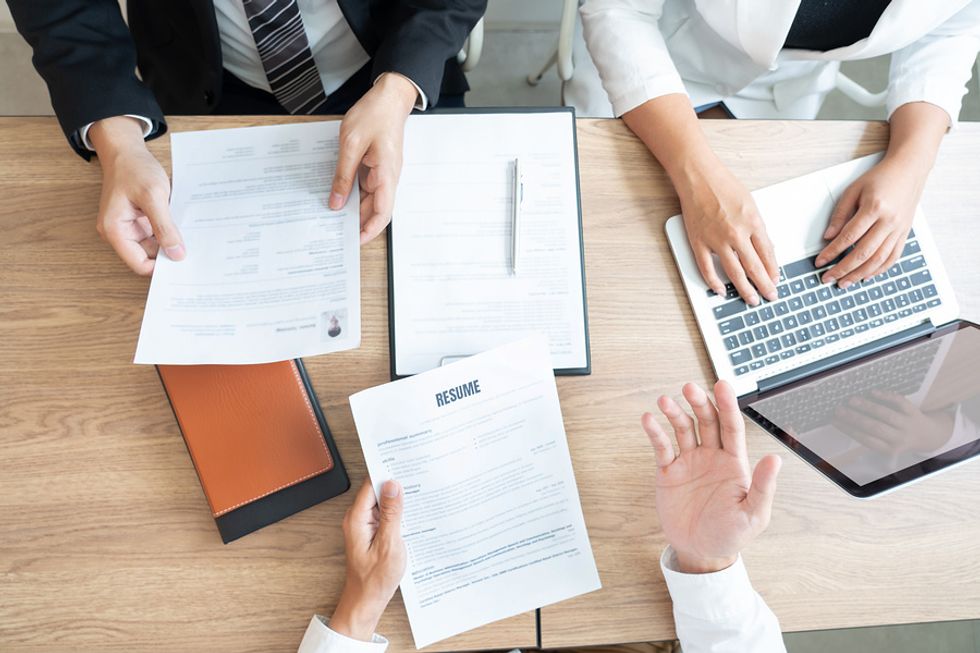 Colons are used to join two independent clauses when the second clause is directly related to the first.

The most common usage in resumes is for lists, as in “Proficient in the following software: MS Excel, Word, and PowerPoint.” 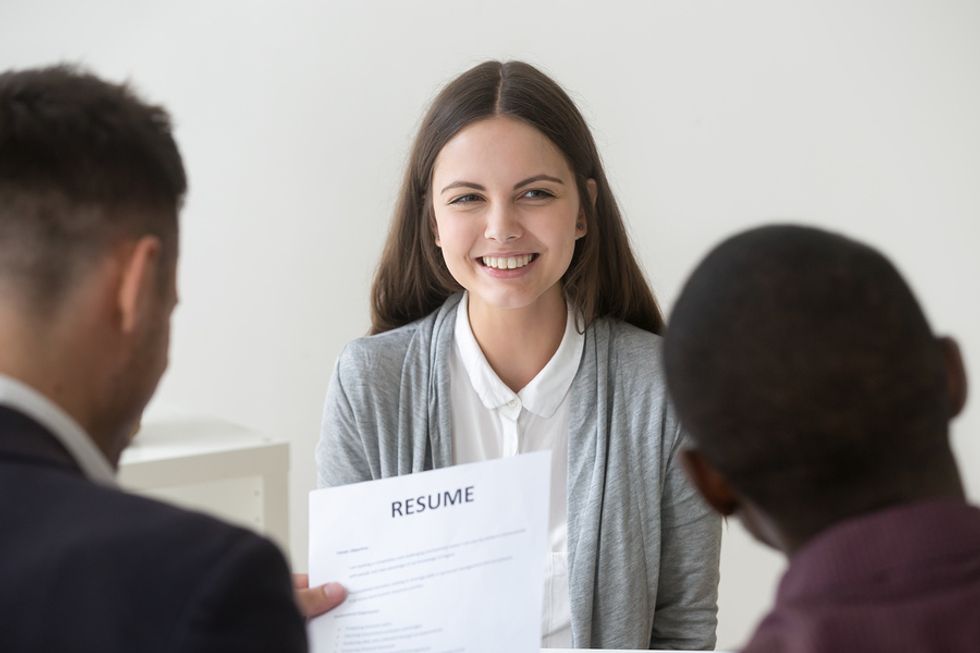 There’s fierce debate between those who advocate using serial, or Oxford, commas (putting a comma before the final “and” in a series) and those who don’t.

The best practice for resumes is to use serial commas, as they can really make your career documents easier to understand.

This is especially true when you list series of items where two things may be grouped together (think: sales and marketing). But even sentence construction like “Facilitate mock interviews, identify position and tailor interview questions” may cause the reader to stumble.

At first read, it may sound like the candidate is responsible for identifying a position and identifying someone who tailors clothes! So, my advice is to avoid ambiguity by always using serial commas in career documents, especially in resumes.

6. Spaces After A Period

The current convention is to use one space after a period, not two. The same goes for colons.

If you grew up learning to type on an IBM Selectric, back in the Stone Age like I did, this is a hard habit to break. But, if you keep using two spaces, you’ll look as antiquated as the typewriter.

Trust me, knowing these six punctuation tips will make you a real turn-on to an employer.

Now that you’ve reviewed some of the resume punctuation rules that you’ll want to be aware of, I’ll share the most important rule of all: however you choose to use punctuation throughout your career documents, do it consistently!

Even more jarring than not following proper punctuation rules is following them only some of the time.

We’d love it if you joined our FREE community. It’s a private, online platform where workers, just like you, are coming together to learn and grow into powerful Workplace Renegades. More importantly, we have tons of resources inside our community that can help you write your resume—the right way.

This article was originally published at an earlier date.

From Your Site Articles

Related Articles Around the Web

Rewire Your Thinking Popular Transformational Life Coach is Guest
10 Ways to Avoid Patient Leader Advocacy Burnout
Interview Question: Tell Me About Yourself (2022 Guide)
Precautions And Remedies For Workplace Accidents
Lead Yourself and Influence Others through Leaderfluence